With the kids finally back at school and the daily commute has now increased to the eye-watering 50min for a 20min journey. While sat in traffic it’s time to reflect – what did your kids do over the summer?

Did you manage to park them with the inlaws for a few weeks? Or was there a summer school that costs A FORTUNE but was totally worth the peace and quiet? Or did any of you think about work experience?

A FREE childcare facility for kids aged between 13 and 16 where you can leave them in the capable hands of a company for a few weeks. Or why not the whole summer?

Issac’s parents chose wisely, well Issac did and chose to work for h2o digital over the summer.  This is his story – in his own words. 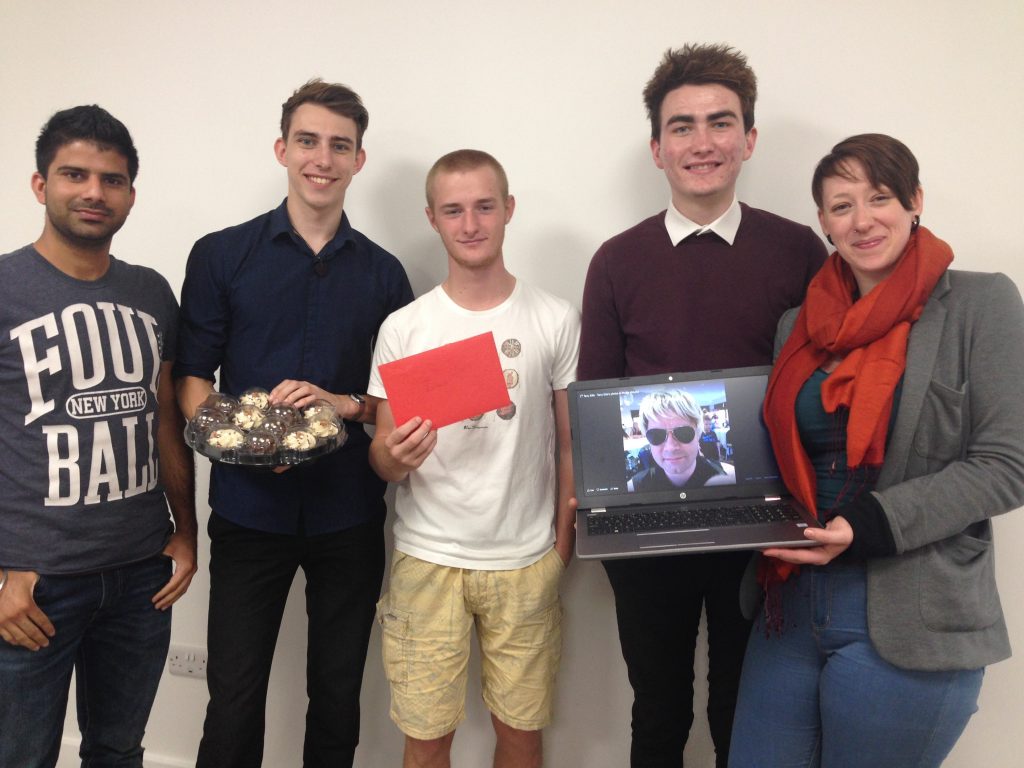 “Hi, my names Isaac Statham and for the past few weeks, I have been working at the h2o digital office as a junior web developer.

I have always been interested in computer science and web development, ever since I started secondary school. Like any normal teenager after my year 11 exams, I was in search of a job for the summer. Knowing Terry through Taekwondo and knowing about his business, I reached out to him in the hope he would offer me work experience.

Thankfully, Terry gave me this amazing opportunity to work for him.

At first, I did not know what to expect of the team or what to expect of the work in general. Honestly, I was a bit frightened. I think Terry recognised this and asked me to come in for two half days where I would work on my family’s personal website. This allowed me to get to know the systems that they use and to meet the team that I will be working with.

On my first half day, I met both Harpreet and Ciaran. I was amazed how welcoming and hardworking they are. For about half an hour Ciaran introduced me to what he does on an average day. Harpreet also introduced me to the jobs that he does. On this day I also learned about digital marketing and the different models concerning selling your products/services.

On the second half day, I was introduced to George. He again (like Ciaran the previous day) introduced me to the roles he plays in the office. After having met the team I felt less nervous. I soon began to realise that they were kind and easy to work with.

Since starting at h2o properly I have been given the responsibility of working on two websites. Both sites are from companies with existing sites, but they wanted an updated site that stands out and performs better than their current one. To build the sites I’m using a platform called WordPress. I was surprised how easy WordPress (and Shopify) were to use. This may have been due to my previous knowledge of coding languages such as HTML and CSS. At the moment I’m still working on both sites, further improving them and adding new features.

From the time I have spent at the office so far, I have learned two key skills:

• The first of these being how to work efficiently in a team.
• The second skill I have learned is front-end editing and web design.

Both skills are very transferable to other bounds of life. It has helped me develop my working persona and the way I work in general. I would recommend h2o-digital to people not only looking for a career in web development but for people who are wanting to use their services too. As I have experienced the professionalism of the team and the quality sites that they produce.”

We were very lucky to have Issac over the summer. He really added to the team – picked things up quickly, and had a natural knack for programming. So it’s not all about palming them off for a few weeks. It’s about finding them the opportunity to develop their skills and experience, add to their CV, and gain some real-world life experience.

Issac, it was an absolute pleasure having you here.

If you liked this story and we’ve left you with a warm feeling, why not give it a share. (over on the left!)  Thank you.

Terry has worked at a senior level in manufacturing, IT and logistics, so knows 'how business works'. Real world experience, technical know-how and a history of high levels of customer support ensures h2o delivers to the clients needs.

We are going through some big changes here at H22 Solutions. To accommodate our ongoing growth and to better reflect the broader portfolio of product and services we now offer in the digital space.

PRESS RELEASE: H22 Solutions Limited, the Nottingham based web-design and content-marketing provider, is set to continue its ambitious growth plans by rebranding to h2o digital.

New Account Manager for h2o digital. Here’s an intro to Annie the latest addition to our team.

In June 2015, we took part in the Shine Family Support Balloon Race. The event was great fun and supported a fantastic cause. Once again, in October, H22 will be launching their own balloon into the virtual race organised by Shine.

In our newsletter, we’ll be talking about company news *broken record* (if it’s worth mentioning that is). Projects, and people we’ve been working with too. We’ll also be giving you quick, simple and easy to understand tips for your website. For your marketing and anything else we might find interesting to pass on, all in SMALL bite-sized…

When you set out to create your website, you’ll probably be dreaming of drawing in website visitors in their thousands. But how do you do that without breaking the bank and spending a fortune on marketing?